A brief tribute, by Archer Endrich 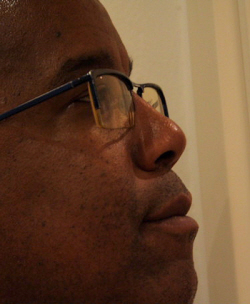 As I was writing this, I heard the news that Queen Elizabeth II had just died. The many tributes and descriptions of her life and work show just how much she was aware of what was going on in the world, and the many ways in which she acted to make a difference. I think of her as the 'Commonwealth Queen' because of her involvement in so many countries, the way that she managed the transition from coloniser to partner, how she treated and respected every person equally. The 'Queen's Canopy' Project was a typical manifestation of her vision: a band of trees encircling the world. In so many ways, her legacy is a challenge to all of us to redouble our efforts to work towards the good of all.

It is with great sadness that I report the death of our current Featured Composer, Harry-Ed Roland. He had been in a hospice for the past four months. After a fall in which he broke his back in two places, it was discovered that he had bone cancer.

I have known Harry-Ed personally for many years. He first purchased a CDP System in January 1992 and used it consistently for his compositions since that time. He devised his own customised and advanced methods for handling the software to achieve his composition goals.

Harry-Ed has been a friend ever since and in 2000 put me up while I was attending the ICMC in Berlin. He shared with me some of Berlin's history and sights, about which he was very well informed.

His many compositions work with sound in a very deep and original way – see the entry via the Links Page: Featured Composer, and for his compositions: People & Music (scroll down). Harry-Ed used the CDP software in a remarkably profound way, even in its earliest manifestations on the Atari ST. I have always had immense respect for his musical creativity and for the personal integrity and bravery that his compositions embody.

Just a few months ago he completed testing 5 new programs that are lined up for a forthcoming CDP Release (8). He spent a great deal of time and effort exploring how they operate. I did not know that he had fallen ill just after that, so it came as a shock to hear that he had died. It is a great personal loss for myself and for the CDP Community.

I hope to share some more information about him at a later date.

That is sad news. Although I never met Harry-Ed, it's always sad when the composer community is diminished like this.

I met Harry-Ed a few times, like ICMC in Berlin and Copenhagen. I admired his music and have some examples on my collection. I keep remembering him listening intently to a piece played in a large building and admiring his concentration. It is indeed sad to see the passing of such a composer.

Although I never met Harry-Ed, it is sad to learn about the passing of a fellow musician.